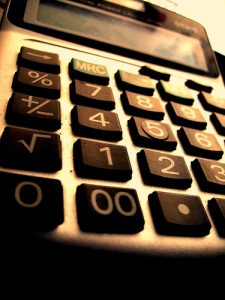 Remember those kids from grammar school who were always top of the math class? They grew up to become actuaries. According to the web site of the American Academy of Actuaries, an actuary is an expert in “putting a price tag on risk.” They use math, statistics, economics and finance to predict the likelihood of future events and then try to come up with solutions.

They also appear to be the only people in the world who really understand pension plans.

The Society of Actuaries (SOA) recently did an in-depth analysis of its 2009 study of the key risks in retirement. Since these guys are all about risk, it seems worth paying a little attention to the issues they highlight.

What Actuaries Worry About

Though we worry about having enough in retirement, the SOA finds that those close to retirement are planning for periods that are actually much shorter than their remaining life expectancy. Seniors proved “fairly resilient” over the past few years, cutting back on spending to compensate for the economic downturn. “Whether this will be as true of the baby boom generation with its greater expectations relative to that of today’s retirees,” the SOA authors write, “will remain a topic of future surveys. ”

It will certainly take awhile before retirees feel as well-off as they did only a few years ago. The SOA study site Urban Institute figures that balances in retirement accounts — defined contribution plans and IRAs – aggregated to about $8.7 trillion in the third quarter of 2007.  By the end of the first quarter of 2009, when the stock market bottomed out, they had lost $2.8 trillion or 32% of their value. Balances were back up to $8.1 trillion in the third quarter of 2010.

But we may be more worried than we need to be. If you factor in the value of Social Security benefits and pensions, a study by the National Bureau of Economic Research found that only about 15% of the financial wealth of those ages 53 to 58 is in stock. The study estimated that stock market declines would result in an average retirement delay of only a month-and-a-half, almost insignificant.

In another  complex analysis,  Michael D. Hurd and Susann Rohwedder of the RAND Corporation tried to determine the  probability that the last survivor of a household would die with positive or negative wealth. They concluded that by their criteria, the majority of married couples were well prepared financially for retirement, though their consumption standard for a retired couple —  $42,000 a year — might seem a tight budget to many.

To get some ideas about what all this might mean to investors, we talked to Steve Vernon, a retired actuary based in Southern California, who now pens a blog on retirement “Money for Life” at CBS MoneyWatch. Vernon spent much of his professional career at consulting firm Watson Wyatt helping large corporations move from traditional pension plans to 401(k)s and manage their ongoing corporate risk.

He offered some straight forward advice:

“People need to have longer planning horizons,” Vernon says. “When you’re working you live paycheck to paycheck. When you retire you have to think of a 20 and 30 year time frame.” He advises that we think about our retirement savings as the “generator of a lifetime paycheck.”  Whether that comes from an annuity, taking 4% of your principle a year, or just from the interest and dividends on your investments, it’s a different way to live “paycheck” to “paycheck.”

2 thoughts on “Retirement, Risk and Creating a Lifetime Paycheck”

What Type of Investor Are You?

Understanding your investing profile to achieve your financial goals starts with a few simple questions. The Investor Questionnaire, by Folio Investing, will help you understand your investment time horizon, investor profile and level of risk.

Link to Posts by Topic